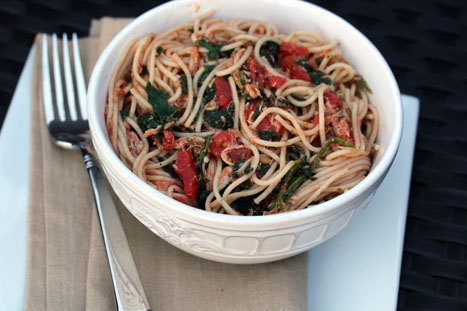 5 ingredients.  Most of which you likely already have in your pantry and freezer.

20-ish minutes. Or however long it takes you to cook the spaghetti and then toss it with the other ingredients.

You could serve it with a side of bread, or simple side salad…but it really doesn’t need it!

And I’m working on an “all in one saucepan” spaghetti…with broken noodles cooking in the sauce…but until it’s perfected, we’ll have to settle for this “cook the spaghetti, drain, add the mix-ins and then add the spaghetti again” method! 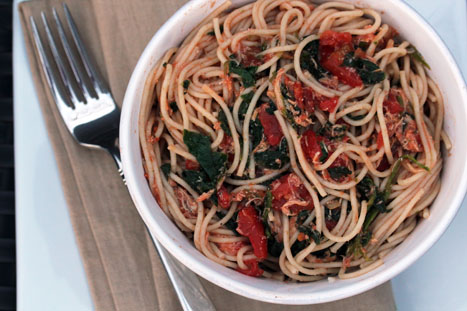 This entry was posted in Dutch Oven, Recipe. Bookmark the permalink.

20 Responses to Chicken Spaghetti with Spinach